Masjid Ayesha (formerly Tottenham Mosque) is a charity that serves the diverse Muslim community in Tottenham and the surrounding areas with the ethos of serving the common good. Inspired by the faith, the mosque is no ordinary place of worship; it welcomes men and women, young and old, Muslim and non-Muslim. Established in 1982, the mosque hosts five daily prayers, Jummah prayers on Friday and other major events in the Islamic calendar. In addition, it conducts daily Qur’an classes and religious counselling sessions for all.

The Mosque is the largest part of the Islamic Community Centre whose wider remit includes serving the social and welfare needs of the community.   Masjid Ayesha Tottenham is a bedrock of this growing community.

Originally known as Tottenham Mosque, the mosque took a momentous step in April 2006 to rename itself Masjid Ayesha Tottenham. The rebranding was designed to coincide with the rebuilding programme of the mosque and the centre. A new name and a new building; a new breath of fresh air to meet the needs of a growing community in Tottenham. The aim of this project was to provide twenty-first-century services to the Muslim community and allow all, Muslims and non-Muslims to be at ease with each other. The Islamic Community Centre and Masjid Ayesha Tottenham aim to provide a living space for Muslims to worship, express themselves and to invite neighbours of all faiths and none to share common values. 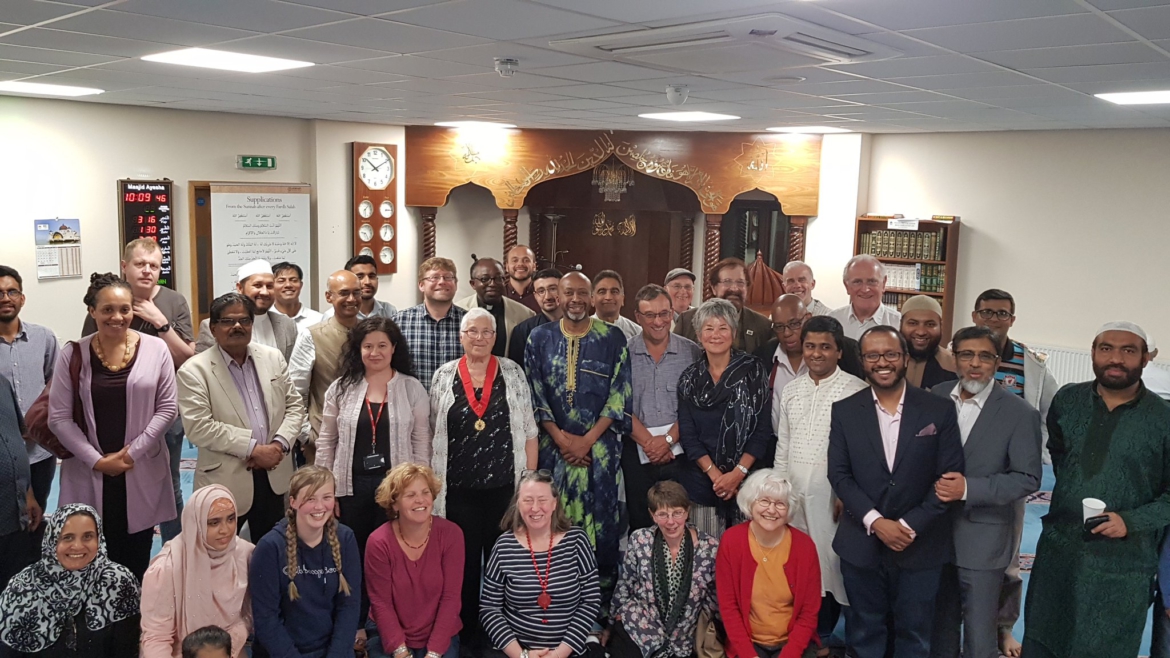 Tottenham Mosque became Masjid Ayesha Tottenham as hope and aspiration of Tottenham’s Muslim community. Sheikh Abdul Mohymen, longstanding imam of the mosque for over 30 years said, “Our mosque has been named after one of the greatest women in Muslim history. She was the Prophet Muhammad’s beloved wife; he passed away in her arms. She was one of the many figures who exemplified youthful dynamism. And she became one of the leading scholars – both men and women sought audiences with her, eager to hear her transmit the wisdom of our beloved Prophet”. Looking to her for inspiration, he added

we hope to look at all these qualities to the values of our institution: women should be leading members of our community, young people should be given the space to grow, prosper and be a light to us all; and our mosque should be a beacon of Islamic learning, undistorted, that transmit the love of the Creator and his creatures, humanity”

Islamic Community Centre (ICC) was established through the hard work and devotion of its community members. The organisation began its community activities in a residential house and later on, moved to its present address as a result of the goodwill of the community and the support of Haringey council. ICC obtained its registered charity status from the Charity Commission on 24 June 1992. It is a single body organisation and does not have a parent organisation or any branch.

In the beginning, ICC served mainly the Asian community as they were settling down and integrating into the British society. As the number of people settling in the area increased, the service delivery had to be organised in a more structured and systematic way. ICC continued to diversify its services to meet the changing needs of its users and started providing advice, information and guidance on education and training in English for speakers of other languages and Information and Communication Technology and job search to adults to enable them to acquire skills and become independent.

ICC has provided educational support in core subjects such as Maths, Science and English to young people through a homework club during weekends. Courses in the Arabic language and the Quran are also provided by the ICC through the Duha Institute. Over time, ICC has been expanding to serve other ethnic groups such as Africans, Arabs, African-Caribbeans and other communities.

The organisation is run on full democratic principles and is one of the few Muslim community organisations in the country to have women representation at the decision making level. The centre is committed to making the life of all sections of the community productive and pleasant. It endeavours to involve and empower young people in creative good work to help them grow as responsible citizens of this country. The centre operates on an open and transparent system where officers are fully accountable to the members.

Email: [email protected]
Shaykh Khidir Hussain is a graduate of the esteemed Al-Azhar University in Egypt who specialises in Fiqh. He has been a prominent figure in the British Muslim community, has been invited to speak at various mosques and Islamic events across the UK. He appears regularly on Eman Channel’s show Ask Eman. Shaykh Khidir has been a spokesman for the Muslim community for many years tackling many contemporary issues